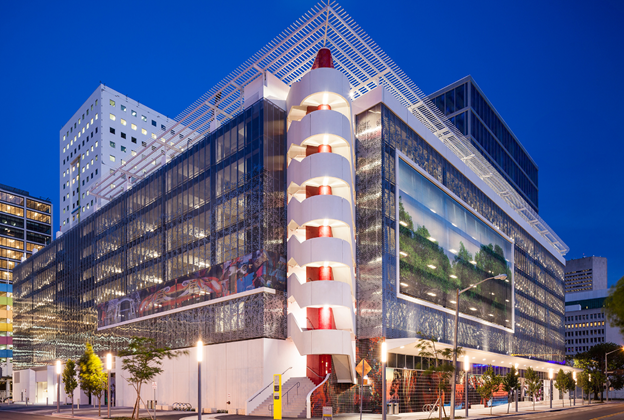 Blackstone plans to create a technology hub in Miami, the latest example of investment firms looking south where costs of employees and living tend to be lower than in major financial centers such as New York City.

Blackstone leased 41,000 square feet at 2 MiamiCentral in downtown Miami for a new hub designed to expand the firm’s in-house technology team, known as BXTI, and its capabilities. Blackstone plans to hire more than 200 technology employees in Miami in the coming years to staff the hub, according to a statement from Shorenstein Properties, the owner of 2 MiamiCentral.

Blackstone said it selected the South Florida city because of its strong tech footprint and pipeline of diverse job candidates, as well as the presence of major technology companies and corporations with large tech operations.

Blackstone’s selection of Miami for the new operation comes as other major investment firms create similar hubs in the Sunshine State and its neighbor to the north, Georgia. The lockdowns ordered by New York in the pandemic have played a role in companies considering new hubs in the South, where government restrictions to slow the spread of the virus were not as tight as in the U.S. Northeast.

Cities across the Southeast are benefiting from population shifts prompted by the pandemic, experts said.

“As work travel nearly stopped in March, having hub locations in which clients and investors are still able to engage with executives can be done in places like Atlanta, Charlotte, and Miami,” said Amanda Shailendra, an economic development expert who has worked for both the Georgia Economic Development Department and Invest Atlanta, in an email.

Florida has no personal state income tax, which makes it attractive to people who make large salaries. In Atlanta, the cost of living tends to be considerably lower than in the Northeast, and companies can save money because the cost of labor is cheaper, too.

“Locations, such as Atlanta or Miami, are attractive for those seeking to leave high-cost and highly-dense areas while still maintaining access to the cultural, urban amenities they are accustomed to,” Shailendra said in the email.

In early 2020, Blackstone competitor BlackRock, the New York City-based global investment management firm, opened what it calls the BlackRock Atlanta iHub at the 725 Ponce mixed-use development in midtown Atlanta. BlackRock plans to create 1,000 jobs at the hub by 2025.

Elliott Management, a $41 billion Manhattan-based hedge fund, is planning to relocate its headquarters to West Palm Beach, Florida, and Goldman Sachs is also considering Florida for a hub for its asset management division, according to media reports.

Blackstone plans to move into its new location at 2 MiamiCentral in early summer. With the Blackstone lease, 2MiamiCentral, a 10-story, 190,583-square-foot office property built in 2018, is 98% leased, according to landlord Shorenstein.

The building’s location and proximity to public transportation made it the right place to set up shop, Blackstone Chief Technology Officer John Stecher said in the statement.

“This deal affirms South Florida’s position as the technology hub in the Southeast,” Danet Linares of Blanca Commercial Real Estate said in the statement. Linares was part of the team that represented the landlord in the lease.